I was honored to be a spokesperson at the War College this year at Celesticon.  Thanks to Dana Lombardi, who invited me.  To be honest, I was nervous.  I had never done a presentation like this before, but Dana did a great job of putting me at ease.

The topic of the speech I gave was the personalities of the generals, since that is so much of what my game endeavors to reflect.  I focused on the generals most notable in 1864 since that's the expansion that's coming out later this month.  Those generals are: Joseph Johnston, William Sherman, Robert Lee, and Ulysses Grant.

I learned the most about Johnston as I did the research, since he was the one of whom I knew the least going in.  Dana also added to it after the speech was done, telling me a story about when Johnston went hunting and refused to pull the trigger until he was completely certain he had the shot.

Here is the link to the talks, though at the time of this writing, the links to the recordings don't seem to work.  Hopefully they'll get fixed soon.

Posted by Command Combat at 6:21 PM No comments:

I have been working on 1864 and am slowly putting the thing together.  This one will feature not only generals from the last major year of the war, but also campaigns.  There will be special rules for generals moving around the board on a campaign, how to link them with battles, and will include the campaigns for the Atlanta and the Overland campaigns.

I also finished the cover when I built it for the talk at Celesticon.  Here it is: 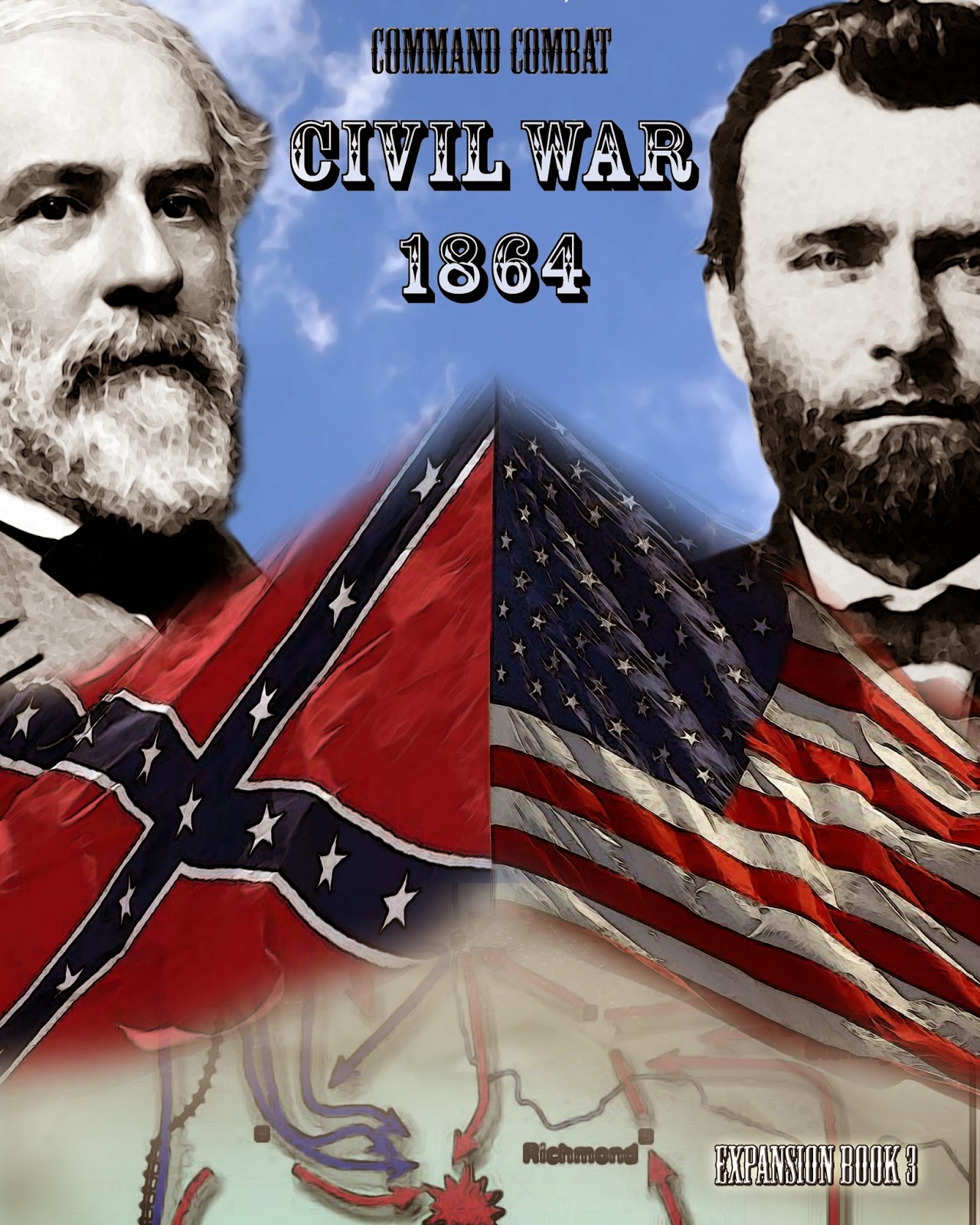 Posted by Command Combat at 4:54 PM No comments: