Command Combat: Civil War played at Kubla Con earlier this year.  Craig Robertson hosted the Battle of Wilson's Creek.  It was an interesting fight as the Union cavalry went straight after the Confederate supplies right in the center and held there against relentless attacks.  The Confederates at last squeezed them on both sides and at the end, pressed them out.  They used paper minis from Billy Bones, which are available on Wargame Vault.  Below are pictures from the battle: 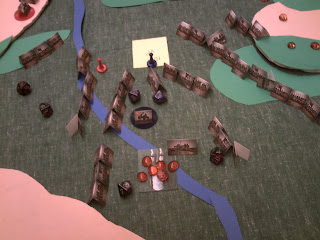 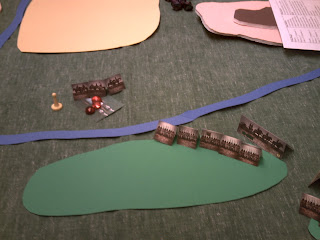 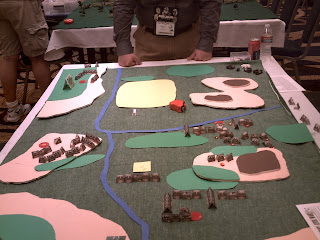 Posted by Command Combat at 12:43 AM No comments: