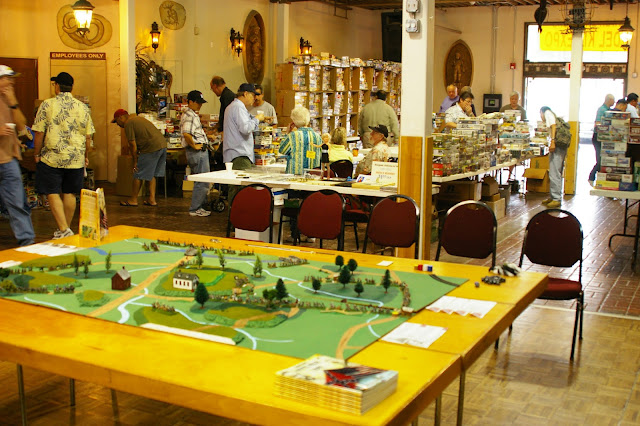 Command Combat: Civil War made an appearance at the Model Kit expo a while back.  They gave us prime real estate right in the middle of the convention.  I put up the First Battle of Bull Run.  We got a lot of kids running up to try it out and they played a pretty good game.  The Confederates made a push up across the southern bridge, hitting the Union division before it could get far onto the baord.  The Union, meanwhile, struck on the opposite side of the board, hitting the Confederate reinforcements as they came up the road, taking out at least some infantry and artillery along the way. 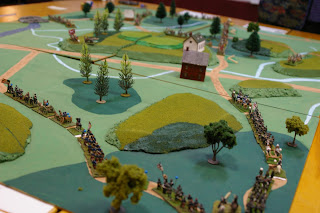 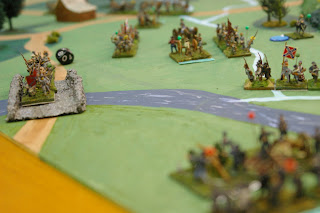 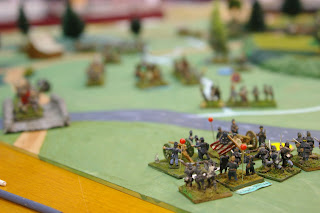 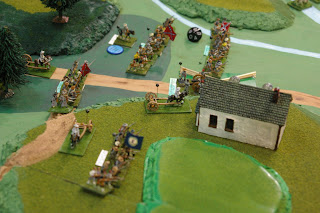 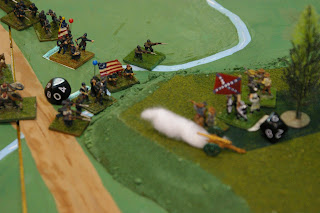 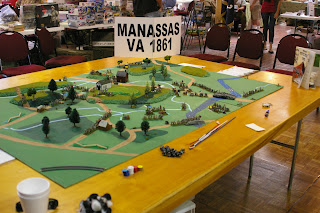 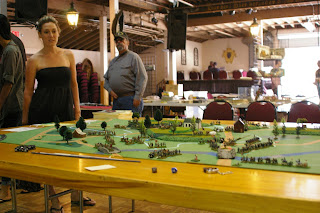