We were at SoCal Smackdown at the Anaheim Convention Center this past weekend.  In all honesty, it was a bit dead, except for the tournaments that were going on.  This is definitely the convention to go to in order to participate in the biggest tournaments in Southern California.  Malifaux, Flames of War, and Warhammer were in full swing, but the dealer area was pretty quiet.

That all being said, however, I was able to play Brawner's Farm with a really fun player named Doug Thoin, and gave a demonstration to several others.  Plus I got to hang out with the folks from Victory Point Games, whom I highly recommend: 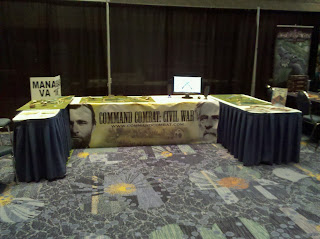 And here was the result of our Brawner's Farm game: 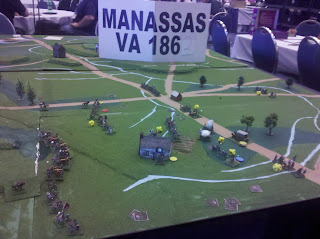