The second expansion for Command Combat: Civil War is now available on the website, and at this location: 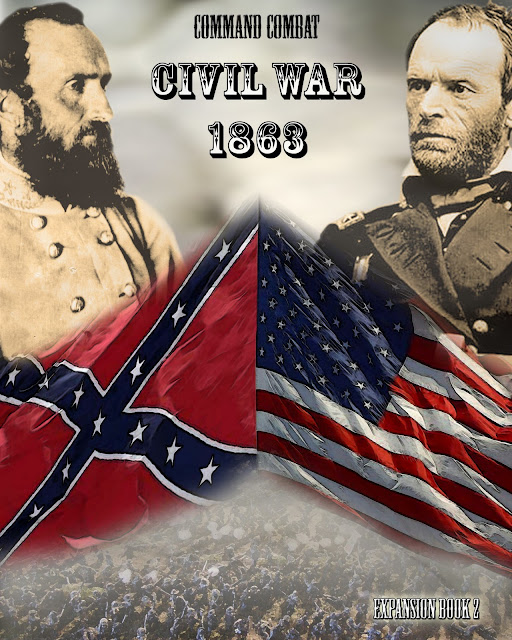 As with the 1862 expansion, 1863 focuses on the elements of the Civil War that were most prevalent in 1863.  This time, that means larger armies.

Just as 1862 saw a large use of siege equipment, forts, and the navy, 1863 focuses on the larger bodies of men that came together.  For the first two years of the war, individual corps fought often fought one another away from the main armies.  As 1863 came around, major generals allowed less and less of this individualized movement, forming stronger armies and larger bodies of men at arms.  This expansion provides rules for army generals who give each corps specialized objectives, such as capturing a road, breaking through enemy lines, and capturing or killing enemy generals.

Also, as with 1862, there are new generals with specialized rules, and some return generals with new rules associated with them.  The game also provides specialized regiments, which can be placed into brigades, that give them extra benefits.

The book also includes the battles of Gettysburg, Champion Hill, and Chickamauga.
Posted by Command Combat at 10:20 PM