We had one player for each general for the Battle of Bull Run / Manassas at Game Empire at Pasadena, and it ended with a Confederate victory.  The Union first division pushed across Manassas Creek at the bridge and at the ford, while the second and third divisions pushed down from the north.  The Confederates lined up on Henry House Hill and challenged the Yankees to come at them, which they did.  Stuart's cavalry rushed past the Union far right flank and threatened some artillery emplacements.  They were chased off by the Union cavalry.  Stuart, leading the Confederate cavalry, fooled some of the Union soldiers to lay down their arms and surrender.  The rest charged and were shot down.  Meanwhile, the Yankee charge at the hill was repulsed by Beauregard's main army. 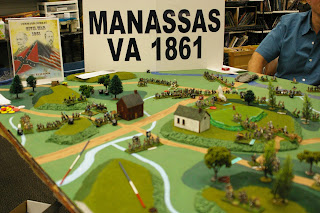 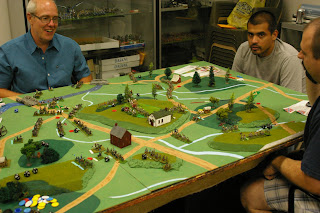 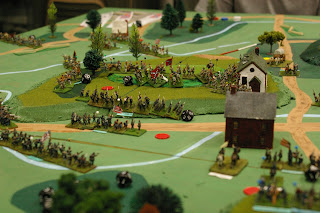 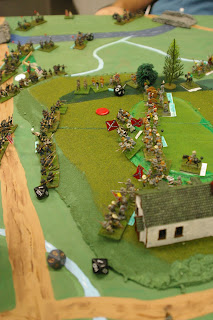 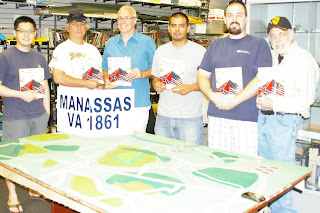 Above is the first group of people to play.  Everyone seemed to have a great time.  Thanks to all who participated!

Shawn Hendrix was the first person to buy a copy of the game, seen below. 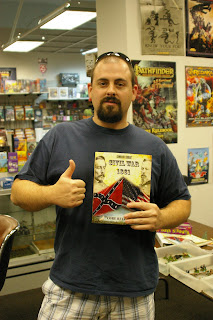 Posted by Command Combat at 8:05 PM